The Richland Bombers and Woodinville Falcons came together in the Tacoma Dome to decide the 2017 4A State Championship. Both teams were undefeated and had plowed through the state playoffs. Having never played one another, the game was impossible to predict and that's why the games are played on a field rather than paper.

For Richland, it was a typical start. Get the ball. Go three and out. Punt. Get to work.

Woodinville got the ball on their own 46 yard line and the Bomber defense quickly got them into a third and long. Adam Weissenfels made his presence known and intercepted the Jaden Sheffey pass and returned it to the Falcon 47 yard line.

After a delay of game penalty, Parker McCary bolted through the "dark side" for 17 yards. Cade Jensen then passed to Josh Mendoza for 12 more yards to the Woodinville 23 yard line. A holding call and two incomplete passes ended the drive but it proved the Bombers were there on business.

The Bomber defense had a dominant first half and forced a three-and-out. Weissenfels received the punt and returned it deep into Falcon territory to the 35 yard line. Parker McCary ran five straight and caught a pass to get the ball inside the ten to the nine yard line. Jensen found Weissenfels on a swing pass and Adam beat his man to the corner flag and the Bombers drew first blood. Richland 7, Woodinville 0.

Another three-and-out gave the Bombers the ball at their own 25. Jensen hit Sammy Cervantes for 20 yards to midfield, then connected with Cody Sanderson for 42 yards down to the Woodinville 6 yard line. A pass interference penalty scooted the ball to the three where Jared Whitby powered his way into the endzone and the Bombers led 14-0.

The Falcons were still having difficulty getting their offense untracked when the Bombers forced a fumble that gave them the ball on the Woodinville 18 yard line.

After an incomplete pass, Parker McCary made a beautiful run that took the ball to the two yard line. An illegal procedure penalty brought the ball back to the seven. The Bombers tried a little trickery from the Wildcat formation but Jared Whitby's Tim Tebow jump pass was intercepted by the Falcons Nash Fouch and the threat was foiled.

The Bomber defense shut the Falcons down again and Adam Weissenfels made another beautiful punt return, including a dizzying spin move, giving the offense excellent field position again at the 35 yard line. Cade Jensen then hit Ryan Piper for 20 yards and Parker McCary ran the last 17 yards for the touchdown. Richland 21, Woodinville 0.

On the first play after the kickoff the Falcons fumbled the handoff and the Bombers recovered. First and ten on the 18 yard line. Three plays later the Bombers implemented the now patented Cade Jensen to Sammy Cervantes fade route for 15 yards and a commanding 28-0 lead.

The last drive of the half, though, foreshadowed second half events as the Falcons finally shed the nerves and found an offensive rhythm flying deep into Richland territory to the Bomber 16 before the defense stiffened and time ran out.

At halftime I checked my text messages. I usually don't get any but suddenly my phone blew up! Every message made it sound like the game was already over. Then my mind raced back to the Mead Panther playoff game in 1996 when the Bombers erased a 21 point deficit in under three minutes and won. The Eastern Washington versus Sam Houston State game where the Eagles erased a 35 point halftime deficit only to lose 43-42. Then my son mentioned the Patriots comeback from 28-3 down against the Atlanta Falcons in the Super Bowl and I reached for my rosary beads.

The fears were not unfounded. The Falcons, who must have watched a season's worth of tape at halftime and much like Gonzaga Prep in the quarterfinals, came out with their wings on fire. Jaden Sheffey did most of the damage with his excellent scrambling ability and ran for 12, 17, and 11 yards. Brett Accimus woke up the sleeping Falcon crowd with a 1 yard touchdown run and just like that, Woodinville anounced their presence with authority and it was game on. Richland 28, Woodinville 7.

Both offenses spent the the third quarter in a futile battle against the defenses. The fourth quarter started with Woodinville on the Richland 43 yard line and the Falcons executed a little trickery of their own running a perfect halfback pass ending with Noah Stifle passing to a wide open Tyler Owens that erased the 43 yard distance and inched the score closer at 28-14.

The Bombers got the ball at their own 29 and put their offense back on track. Jensen found Cervantes for 28 yards into Falcon territory, then two McCary runs got the ball to the 35. Then the wheels fell off. A holding penalty put the ball ten yards in reverse, a few negative runs and a delay of game penalty pushed the ball back further to the 43 yard line. Josh Mendoza then kicked a perfect punt that dropped at the five and rolled out of bounds at the two yard line but it was reversed by a holding penalty and pushed the ball all the way back to the Richland 44. The snap on the Mulligan punt sailed over Mendoza's head who ran for his life and pounced the ball at the ten yard line.

Woodinville, poised to strike at the nine yard line, went for gold in the end zone. But Adam Weissenfels came up with interception number two and put the brakes on the comeback. For a little while, anyway.

The Bombers took the ball on the 20 but could not get past the 29 yard line. On fourth and one, they decided to go for it but the Woodinville defense had different intentions and Falcons took over on downs deep inside Richland territory.

Brett Accimus got the ball for three straight runs that pushed the ball to the nine yard line. Jaden Sheffey then worked his magic again and bounded into the endzone to put the Falcons one score away from an improbable comeback. Richland 28, Woodinville 21.

The Bombers took the ball hoping to get a few first downs and run out the clock. It started out well, Cade Jensen found Cody Sanderson on a 13 yard pass for a first down at the 41 yard line. Parker McCary pushed it a little further to the 45. But progress was stopped when another bad snap sailed over Jensen's head for a loss of ten. Fortunately a Woodinville unsportsmanlike penalty brought the ball to the 49. It wasn't enough for the first down, but it allowed the Josh Mendoza to punt the ball deeper on the Falcon side of the field.

Woodinville made the fair catch on their own 19 yard line. No timeouts. 81 yards for the tie.

Sheffey tried to get the ball rolling with another run but the Bomber defense quickly showed that wasn't a useful option. Two more passes landed incomplete. On fourth down and all 81 yards to go, Sheffey heaved the ball downfield.

Adam Weissenfels made a beautiful interception that sealed Falcons fate and sent the Bombers to their third state football championship. A play, mind you, that might be remembered as much as Bircher to Schwisow in 1981.

With only 1:23 remaining in the game, the Bombers went into victory formation and the huge Bomber crowd exploded in euphoria as the Tacoma Dome shook.

Harkening back to the Bombers opening day victory over the Bellevue Wolverines on September 1, 2017, WOW! And yes, it has been an incredible ride.

These Richland Bombers are state champions and have entered into the club with teams from 1981 and 1999. There are many ways to describe this team but the best is to simply say they had fun. They never got down. They never lost hope, and they never let the other team see them sweat. They are also the first team in Richland football history to end the season undefeated and not wear leather helmets. It doesn't get any better than 14-0 and just like the '72 Miami Dolphins, the debate on the best Bomber team in history starts right there.

To the players, for all of their hard work and dedication, to the coaches for the countless hours away from family and taking this team to the promised land, to the parents for birthing, feeding, driving and loving them, and to all of the Richland Bomber faithful, especially the incredible student body, THANK YOU!

It doesn't get any better than this. 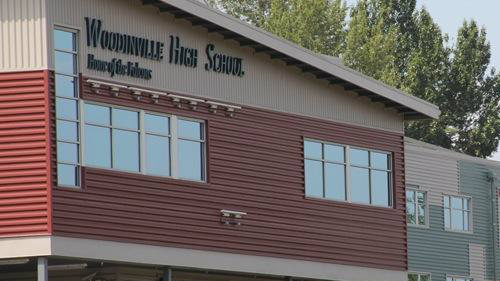