THE START THE BOMBERS WERE LOOKING FOR

The Richland Bombers were looking to make a statement to the Mid-Columbia Conference after a rough first game of the season. And a statement they made.

With a 48-7 victory over the visiting Bulldogs, Mike Neidhold’s men were firing on all cylinders and put the coach one win away from second in total wins in the history of Richland Football. Coach Neid said after the game “We found out what we needed to be better at after week one, and we went back to work this week and fixed it.” This was most prevalent through the incredible game that Josh Woodard had with his receiver core.

The game first appeared to be a battle of possessions while dueling quarterbacks Woodard of Richland and Issac Corey of Hermiston would feel out the opposing defenses.

However, after a handful of punts, the first big play would come from a connection between Woodard and senior Seth Shook in the slot position. Shook would swing out and work the outside to take the Bombers from midfield to within the five-yard line. This would set up Woodard to pin a pass to Tanner Schuster in the endzone on a ten-yard slant.

Hermiston would respond with their next possession. Sophomore quarterback Corey would hit a deep pass to Landon Shilhanek and follow up with another connection to teammate Dale Krebs for a tied game at 7-7.

But Hermiston’s score would wake a sleeping giant in the Bomber defense. The game would be all gas pedal from that moment on for Richland and would leave Hermiston struggling to keep up the pace.

Richland’s offensive line would pound the ground game to the 50-yard line and give Woodard time to airmail a deep go-ahead pass to Seth Shook. Hermiston would try to respond on the following drive but the Bomber defense would keep the Bulldogs to a three and out.

The Bulldogs would answer by holding the Bombers to a three and out and work the ensuing offensive drive to the Bomber’s side of the field. However, senior Tanner Schuster had other plans. On a fourth and one, Schuster would undercut a pressured Issac Corey pass near the home bench to run a 60-yard pick-six to the house, bringing the score to 20-7 at the midway mark of the 2nd quarter. The Bomber defense began to work as an entire unit as Hermiston struggled to build a drive for the rest of the quarter and the rest of the game.

The Richland offense also began to see signs of better chemistry this week. An 80-yard bomb from Woodard put Colson Mackey in position to run out the closest defender and create a comfortable three-score lead.

Kooper Schmitt would make some great catches in the game but would make his most impressive play on defense. Hermiston’s Corey would be put under pressure by the defensive line, a frequent nuisance for Corey this game, and would lose the ball that seemed to hang for less than a second. Schmitt would dive in to give the Bombers their second takeaway of the night with plenty more to come.

Josh Woodard would capitalize on the turnover to orchestrate a drive that would be capped by a 20-yard quarterback keeper for another score. An energetic student body could be heard through Richland as the scoreboard switched to a 34-7 lead.

Running back Landon Charlton would also showcase his ability on offense and on special teams, but his best play would also come just before halftime. Charlton would snag an interception and fall to the ground, bobbling the ball and bouncing off his hands into the air, only for Landon to find it again and tuck it away for another Bomber takeaway.

Going into the half, the energy at the Bomber Bowl was buzzing from the athletes to the crowd. This energy would continue as John Simons would punch a wide receiver screen attempt to cause the fourth turnover for the Bulldogs. As the pace of the Bomber offense seemed to temporarily subside, their defense would turn up the heat. Kalani Steward was found blitzing the edge from the weak-side linebacker position to make his presence felt by the Hermiston backfield.

Landon Charlton would get his big offensive break on a 35-yard line near the end of the 3rd quarter. With a middle zone dive, the edges looked to have collapsed on the back but he would bounce out the strong side of the line. Charlton would turn up the boosters to the 10-yard line to make a cutback on the safety for the touchdown, putting the score at 41-7 with 30 seconds left in the half.

The relentless Richland defense would capitalize on the field on the next possession. An unsuccessful Hermiston throwing offense cut little to no time off the clock, punting the ball back to Richland just before the end of the third.

A flat route by Mikah Burch would go for 25 yards and put the Bombers on the doors of the endzone, followed by a Charlton 2-yard carry for his second touchdown of the game.

With Coach Neid giving his next-up guys some varsity experience and a running clock score of 48-7, Hermiston drove the length of the field that would take most of the fourth quarter. However, this drive would stall with a failed fourth and two attempt from within the five-yard line.

The Bombers would cap off an impressive performance from their last hiccup of a game by running to the student stands, showing their admiration, and being praised with the cheers of the fight song.

After the game, Mike Neidhold was impressed with the work his team put into preparing. “We had the benefit of last Saturday, making a bunch of mistakes. Having a full week, we came out and played ok”. When asked about approaching his own coach, JD Covington, with 108 career wins (bomberfootball.org), Coach Neid tipped his hat to the legends before his legacy, as well as those who’ve helped him along the way. “He built this place and so did (Fran) Rish, it’s humbling and it means I had great kids and great coaches and I’m very thankful.”

Coach Neid will be looking to move into second in overall wins in school history as the host to the Hanford Falcons, who are coming off a 48-7 loss to Chiawana. 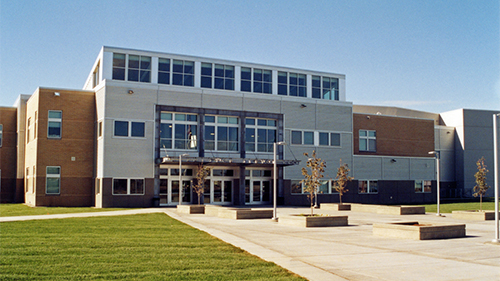