The Richland Bombers entertained Spokane's Shadle Park for the first time since 1999 and turned out to be very generous hosts enroute to a 36-24 loss to Brett Rypien and the Highlanders.

After a moment of silence for Bomber legends JD Covington and Ken Olson, the Bombers won the coin toss and elected to receive, taking posession of the ball on the 35 yard line. Right out of the blocks, Josh Phillips found a seam on the outside and rumbled 65 yards for a touchdown. As luck would have it, a personal foul penalty nullified the touchdown and put the clamps on the opening drive.

Brett Rypien took over at the 50 yard line and decided to show the audience that the hype was real. The Boise State-bound quarterback carved up the Bomber defense in seven plays, connecting with Darius Savick Batters for three yards and the touchdown. Keenan Matt ran in the extra point and Shadle Park led 8-0.

Richland got the ball back again on the 35 yard line and drove the field with strong running from Jacob Heinan and Taylor O'Toole's passes to Griffey March but the drive ultimately stalled at the 20 yard line and the Bombers settled for a 37 yard field goal from Ryan Wolski to tighten the score at 8-3 Highlanders.

On the ensuing kickoff, Wolski executed a perfect pooch kick and March recovered the ball on the Shadle Park 42 yard line. The excellent opportunity was negated three plays later when Cameron Duty intercepted an O'Toole pass and ended the threat.

After exchanging drives, Shadle Park got the ball on their own 42 yardline to start their third drive. Rypien used passes to Savick Batters and Sam Stratton and his own feet to get the Highlanders to the 24 yard line but  pass interference penalty on the Bombers got them to the 12 yard line. Rypien hit Duty for the final yardage and a 15-3 lead.

The Bomber offense was clicking in the middle of the field but their next two drives fizzled in Shadle Park territory, the latter ending on the 10 yard line. The Highlanders then connected on 8 passes in succession to get inside the Bomber 25 yard line. Richland held well but on 4th and 10 Rypien connected with Duty for 11 yards and Mike Morris finished the drive running 9 yards for the touchdown and the Highlanders went into halftime with a commanding 22-3 lead.

Richland's defense started off the second half in fine fashion holding Shadle Park to a four and out but the Bomber offense could not take advantage and returned the favor. Taylor O'Toole pinned the Highlanders with a nice punt that was downed on the 6 yard line. Unfortunately for the Bombers, Shadle Park engineered a 94 yard drive with Rypien connecting on passes of 13, 15, 19, and finally 25 yards to George Pilimai for a backbreaking 29-3 lead.

Being a tad flustered at this point, the next two Bomber drives were ended prematurely by fumbles. That didn't deter Richland's comeback hopes, though, Brecken Galliher intercepted a Rypien pass at the Shadle Park 30 yard line and returned it to the 8 yard line. Tayolor O'Toole immediately connected with Matthew Woodman for the touchdown and the Bombers showed some life down 29-10.

Richland was able to get the ball back quickly when John Hardy scooped up a HIghlander fumble, but the drive was short-lived when the Bombers were snake-bitten by a second errant snap and Shadle Park recovered another fumble.

Shadle Park finished their scoring at the start of the fourth quarter when Brett Rypien again connected with Darius Savick Batters for an 8 yard score, now leading the game 36 to 10.

As has been the hallmark of the Mike Neidhold era, though, these Bombers never give up. Josh Phillips was finally able to get some breathing room on the outside and outraced a pack of Highlanders enroute to a 53 yard touchdown run to cut the lead to 36-17.

After forcing Shadle to punt, Richland sustained a 12 play drive that resulted in a touchdown when O'Toole connected with McKlane Elgin for a 27 yard touchdown and the Bombers were making it very interesting at 36-24 Shadle Park.

Ryan Wolski then kicked a beautiful onside kick that rattled around quite a few players and was seemingly recovered by the Bombers at the Shadle Park 40 yard line. Unfortunately, the ball had hit a Bomber player before the required 10 yards and the posession was awarded to the Highlanders. Again, the Bombers never gave up but just came up a little short on this day.

Well, it doesn't get any easier from here. After playing two of the best teams in the Greater Spokane League to start the season, the Bombers are running headlong into the best of the MCC and last year, the best in the state when they travel to Edgar Brown Memorial Stadium to take on the Chiawana Riverhawks. Chiawana is 1-1 and coming off an impressive 42-7 win over the Wenatchee Panthers so for the third week in a row, Richland will have it's hands full.

Just like Gonzaga Bulldog Basketball, though, the tough games at the start of the season really help you out with the tournements at the end.

Hope to see you next week at Edgar Brown at 7:00 on Friday, September 19th. 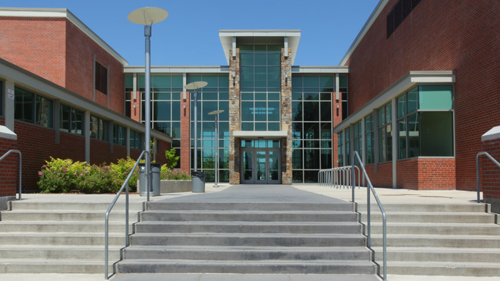