Start fast, finish strong. That is the mantra of Beau Baldwin, head coach of my beloved Eastern Eagles. I mention this because Richland head coach Mike Neidhold is also an Eastern graduate and apparently he has been paying attention as the Bombers struck early and often and had enough strength in the second half to finish off the Post Falls Trojans 42-13.

For the second week in a row, the opposing team won the coin toss and elected to kick the ball to Richland. This week, Anthony Galat took the opening kick at the 2 yard line and scampered 65 yards. Seven plays later, Galat finished off the drive with a 5-yard touchdown run and a 7-0 Bomber lead.

The defense then took the field and forced the Trojans to punt. The Bombers took over the ball at the Post Falls 45 and less than a minute later, Galat powered in from 1 yard out to increase the lead to 14-0.

After exchanging punts, the Bombers were again blessed with excellent field position at the 39 yard line of Post Falls. Zach Whitby wasted little time and connected with Payton Radliff for the touchdown and a 21-0 lead.

The Trojans were finally able to unleash their quarterback Joey Pfennings. Last week, Pfennings single-handedly accounted for 300 yards against Hanford and was able to get some traction by rolling out to either run or find the open receiver. Starting at their own 35 yard line, Pfennings engineered a 7-play drive capped off by Seth McLeod's 4 yard run. The two-point conversion failed and the first quarter ended with Richland leading 21-6.

The Bombers did run into a little trouble in the second quarter with long drives ending with an interception and a punt and the score remained unchanged going into halftime.

The Trojans came out of an extended homecoming halftime with a great chance to get back within 7 points. They got as far as the Richland 10 yard line but the drive fizzled and the Bombers took over on downs. Whitby connected with Hayden Whitby for 17 yards, Garrett March for 34, and finally found Gibson McGeorge for 38 more down to the 5 yard line. Zach then found Hayden in the endzone for a touchdown and a much more comfortable 28-6 lead.

At the start of the fourth quarter it was getting very cold so the Bomber offense went into overdrive. A two-play drive consisting of a pass to Matthew Woodman for 23 yards was immediately followed by Bennet Peterson's 26 yard touchdown run to increase the lead to 35-6.

Unfortunatley for the Trojans, Pfennings went down with an injury and Post Falls was forced to pass. Derek Redden intercepted a Dalton Thompson pass, giving the ball to Richland at the 28 yard line. Taylor O'Toole came into the game for mop-up relief of Whitby. He must have been warming up in the bullpen for quite awhile because his first pass found a streaking Payton Radliff who carved up the Trojan defense for a 72-yard touchdown and the Bombers indeed finished strong, leading 42-6.  The Trojans were able to muster up another touchdown late in the fourth quarter which made the final score 42-13.

Post Falls homecoming game ended with a firework show but in the end it was the Bombers who provided all the firepower for this night.

Next week is homecoming for the Bombers and a date with their hometown rival, the Hanford Falcons. Richland is still stinging from last year's 31-14 Falcon victory. I suspect that despite Hanford's record, they will be gunning for a repeat, especially in front of the homecoming crowd. Throw out the records and the cliche's, this one is going to be fun. 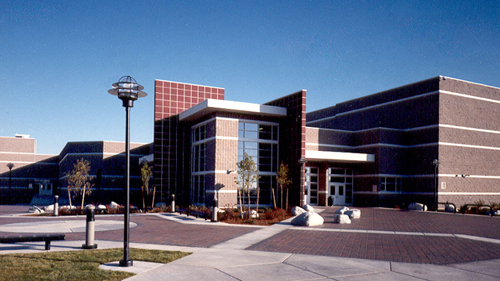