The Central Valley Bears, number two in the Greater Spokane League, had a team full of seniors and came ready to play against the Bombers. Richland's first offensive series didn't go well, with Central Valley stuffing the run, preventing the pass, and hitting hard. On third down, a CV defensive back came up with a diving interception of a low pass to get possession at the Richland 40 yard line. It looked like the Bears might put up a good fight and get themselves into the state playoffs.

The Bomber defense had a different idea. After a high snap that pushed them back to the 50 and an incomplete pass, Braden Powell came around the left end and dropped the quarterback for an 8 yard loss. Gaven Brasker's ensuing punt return came all the way back to the line of scrimmage, and with an added penalty Richland had the ball at the CV 30. After Alex Chapman took off on a post route and caught a 28 yard pass in the endzone for the first score, the Bears appeared to still have some fire left. Using a quick and elusive running back to get themselves to midfield, a pass attempt was picked off by Parker McCary at the 45, the first off four thrown by CV. Using the two back set of Ben Stanfield and Victor Strasser, they took turns slashing and bashing their way toward the endzone. Apparently CV had not solved the problem of Richland's running game. Eventually Stanfield took it in from 1 yard out to bring the score to 14-0 with 19 seconds left in the first quarter.

CV put together another decent drive but stalled out when Adam Weissenfels batted a pass out of the hands of a receiver in the endzone. The fourth down field goal attempt by Ryan Rehkow, who last year kicked a field goal over 50 yards, was blocked by Weissenfells, giving the ball back to Richland, but the ball was promptly taken back by a furious CV linebacker. Starting at the Richland 40, passes of 7, 11, and 5 yards got them nearly to the 20, but as Garrett Guffey crushed the receiver the ball popped up and was grabbed by Ryan Piper, who returned it from the 15 to the 50. Another interception at the 30 was taken all the way to the 2 yard line by Josh Mendoza, but CV still had some fire and prevented a touchdown. Richland settled for a Weissenfels field goal to make it 17-0 with 4:26 left in the half. Two minutes later Paxton Stevens' long pass to the endzone was intercepted, and the half ended with no more scoring.

Second half scoring kicked off with a CV punt, caught by Brasker at the 12 yard line, where he faked right but went straight, was sprung free by key blocks by Guffey and Powell, and then ran, in a cloud of Bomber blockers, right by Rehkow as the helpless punter was being flattened by Jax Lee. With 9:39 left in the third quarter it was 23-0. Second half highlights included another interception by Mendoza, a sack by Brigham Whitby to pin CV at their own 20, a 31 yard run by Stanfield, a 10 yard reception by Kody Kjarmo to get inside the 10, a McCary touchdown run near the end of the third quarter to go up 30 points, consecutive runs by Stanfield and Strasser to get near the goal line, and an 8 yard touchdown reception by Piper to close the scoring at 37-0 with almost nine minutes to go. Stevens ended with 139 passing yards, Stanfield with 116 yards on nine carries plus 29 more in the air, and once again the O and D lines proved dominant, even against Division 1-bound D lineman Jordan Talifili and two other 320 pounders attempting to crash through. Special teams made a difference as well. Along with the blocked field goal, Brasker made several electric returns and the blocking was solid all around. The defense held the slippery Braedon Orrino, the top runner in the GSL, to less than 100 yards rushing, and held CV to 184 total yards.

Next up is the first round of the state playoffs against Sunnyside, the second-seeded team from the Big 9. Richland hasn't played Sunnyside since 1963, so show up next Friday at Lampson Stadium and show Sunnyside what Bomber football is all about. 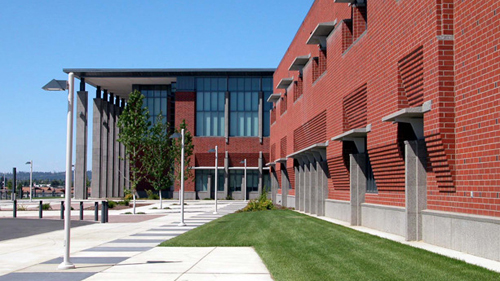