If you want to get the most of your season finale, make sure you take it down to the very last play.

The Richland Bombers took on the Ferris Saxons in a Greater Spokane League Crossover game involving two teams on the outside looking in. Unlike their playoff bound bretheren, though, one of these two teams was guaranteed a victory in their last game of the 2014 season.

The Bomber defense came out firing in the first quarter, shutting down the Ferris running game and making it look easy. On the Saxons second drive, Griffey March intercepted  Mitch Pike's swing pass and ran it in for a touchdown and Richland lead 7-0.

On the next series, though, Ferris started finding the seams in the Bomber defense. Starting at their own 31 yard line, the Saxons drove 10 plays with Jalen HIcks doing most of the damage on the ground. Pike connected with HIcks on a six-yard pass for the touchdown. Ferris' kicker, though, experiencing a grass field for the first time all year, shanked the PAT and the Bombers still held the score at 7-6.

The Bomber offense had been similarly stymied, having ended both of their first two drives inside Ferris territory. Relying mostly on Rhett Levin to chew up the yardage, Taylor O'Toole made first downs on passes of 11 and 8 yards to get inside the Saxon 30, and Jacob Heinen for another 11 down to the 18 yard line. After enduring an ineligible player penalty and a 6 yard sack, O'Toole again found Levin who ran untouched into the endzone from 25 yards out. Bomber 14, Ferris 6.

Ferris fired right back. At the Bomber 41 yard line, Pike connected with Keegan Bray for 21 yards but an unsportsmanlike conduct call at the end of play added another 15 to place the ball at the 10 yard line. Jalen Hicks then found the final 10 yards and then tacked on the 2-point extra point to tie the score at 14-14. Unfortunately, it was the last time the Bombers would see the lead.

Unable to make any headway on offense including a false start penalty and a sack, the Bombers punted away their next posession. Jalen Hicks then found his gas pedal and blew past the Richland defense for 57 yards and a 21-14 lead.

With just about two minutes remaining in the first half, the Bomber got the ball on their own 18 yard line hoping to keep the momentum pointing forward. O'Toole found Alex Champman who ran the ball 43 yards to the Ferris 35. On third and ten, O'Toole found Matthew Woodman for another 18 yards to get inside the 20, and then Chapman struck again for another 8 yards to put the Bombers at the Ferris 8 yard line. But as luck would have it, two consecutive runs turned into -1 yards and the Bombers lost the ball on downs as time ran out in the first half.

After trading posessions the Bombers got the ball with excellent field position at the Ferris 37 yard line. Taylor O'Toole found Rhett Levin for 28 yards to get it inside the 10 and on 4th and 1 from the 1 yard line, Josh Phillips bolted across the goal line to get the Bombers back within a score at 28-21 Ferris.

The Ferris offense kept on clicking, first with Pike hitting Lamar Speights for 43 yards to get deep into Bomber territory, then Jalen HIcks got the final 26 yards on four carries, finishing the job from 3 yards out to extend the lead to 35-21.

But the Bombers never quit. Three plays later, Josh Phillips took the ball at the 50 yard line and almost literally ran out of the stadium to get them back to 7 points at 35-28.

The Bomber defense then stiffened up and force the Saxons to punt, getting the ball back on their own 42 yard line, excellent field position and plenty of time left to get back into  a tie. O'Toole connected with Woodman on passes of 11 and 26 yards to quickly get the Bombers to the Ferris 16, but the Saxons once again found their footing and forcing the ball over on downs.

On the next play, Jalen Hicks picked up 77 of his game high 257 yards bolting from his own 16 yard line to the Bomber 7. Two plays later he bounced in from the 1 yard line to extend the lead to 42-28 and dismissing a good portion of the Bomber faithful into the cold night.

But those who left missed a heck of a show. Josh Phillips returned the Ferris kickoff 45 yards to the Saxon 40 yard line. Aided by a pass interference call and 12 yard pass from O'Toole to March, Phillips scored from 1 yard away and with 3:18 left in the game, the Bombers were back in business down only 42-35.

The defense really got on their game, quickly dispatching the Saxons and forcing another punt. But Ferris got the ball right back when Lamar Speights intercepted an O'Toole pass with only 1:50 remaininng in the game.

But as luck would have it, the Bomber defense was stiffer than ever and the coaches had all three of their timeouts remaining and Ferris was forced to punt the ball away instead of running down the clock and with 44.8 seconds left, the Bombers had the ball at the Ferris 29 yard line.

Swapping between passes and spikes, Taylor O'Toole deftly passed his way down to the Ferris 31 yard line with 4.7 seconds remaining in the game. He then threw a beautiful ball into the arms of Mattew Woodman and for a brief second it looked like the Bombers had pulled out the miracle, but instead of raising his arms for a touchdown the referee called him out of bounds and just like that, the 2014 season came to a close.

It has been a fun season of Bomber football, if not a little frustrating considering the early mathematical exit from the playoffs. Overall, though, this team fought hard especially against the Greater Spokane League teams, but as the Chicago Cubs say, there is always next year.

Once again, thank you for reading my stories. I will keep you posted of any post-season awards. Congratulations to the coaching staff for another fine year of Bomber football. The record might not indicate it but the players kept playing hard all the way to the end and you really can't ask for much more than that. 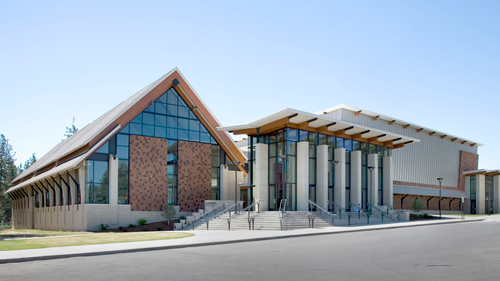